If you’re itching to embark on a national park adventure in NSW, you’ve come to the right state.

Almost 10 percent of NSW is now protected in national parks.

National park visits are one of the most popular forms of nature-based travel activity in NSW for a good reason.

The sites are incubators for native plant communities, stages for our favourite wildlife, picturesque settings of beauty and fertile lands of heritage and culture.

Whether your bag is bushwalking, BBQing, boating or bibliophilia, when you stay at Song Hotel’s recently revamped digs, you’re spoilt for foresty attractions.

Some are right in the heart of the metropolitan area and others are not far beyond.

Here are four of the best. 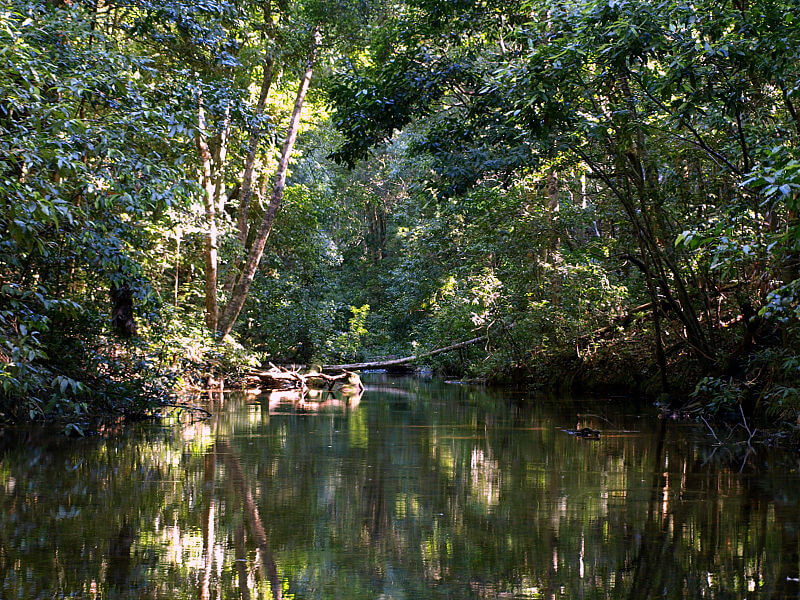 It takes a lot more than one day to fully experience the Royal National Park but, if that’s all the time you have, one heck of a day awaits.

When the Royal National Park was established in 1879, it joined the USA’s Yellowstone as the world’s only existing national parks.

The popular destination, situated about 30km south of Sydney, is 15,000-plus hectares of heathland, rainforest, estuarine systems and woodlands.

It plays home to wildlife including kookaburras, lyrebirds and echidnas, expansive reaches of eucalypt forest and dramatic beachscapes.

Bungoona Lookout is idyllic if you like bird watching. Wattamolla Waterfall is a paradisiacal vista to relish as its force spills into the stillness of the Wattamolla lagoon below. And Pool Flat picnic area is a charmed riverside locale to unroll your hamper and clink glasses.

If you’re feeling active, there are 100km of walking tracks to make the park accessible. You also have a surplus of swimming, surfing, kayaking and fishing options to dive into.

Although getting to the park entails only a short road trip from the centre of Sydney, you’ll feel like you’re a lifetime away when you get your first headful of the Royal National Park’s serenity. 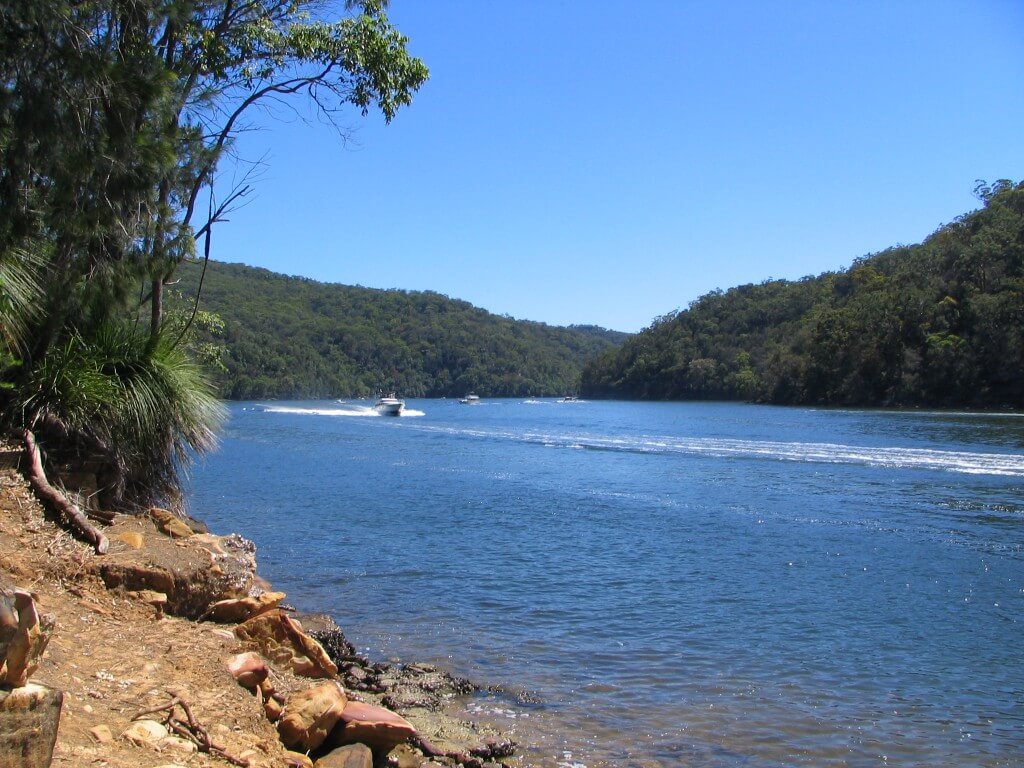 The history of Ku-ring-gai Chase National Park is a lot uglier than the natural beauty that characterises the park.

The Guringai people almost entirely succumbed to smallpox in the 18th century and violent colonisation in the early 19th century.

Australia’s second-oldest national park, it is a major locale of Aboriginal heritage, with 800 preserved sites that heavily feature rock paintings and cave art.

The picturesque Broken Bay and Pittwater all gleam from the park’s various elevated vantage points and a scenic mix of creeks, rainforest and mangroves sets the scene for experiences such as mountain biking, hiking and boating.

It’s a good idea to stop for lunch too. The Bobbin Inn cafe does a wood fire in the winter and offers paddle boat hire and ferry cruises. There are kiosks for pretty pit stops and plenty of picnic areas to immerse yourself in the park’s grandiose ambience. 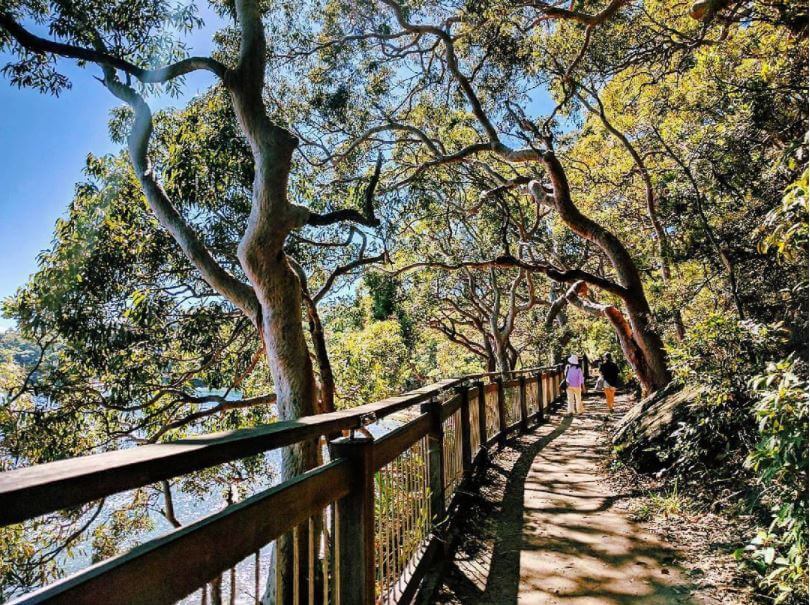 This mix of sheltered beaches, harbour islands, aquatic reserves and military forts takes a lot of getting to know but there’s plenty you’ll want to get to know.

Sydney Harbour National Park is 390 hectares of parkland loved for prized views of a Harbour that stretches to the Sydney skyline.

The national park has been developed progressively since it was established in 1975.

Whether you’re pining to watch endangered populations of little penguins and red-crowned toadlets, edge along a slew of walking trails or try your hand at kayaking, Sydney Harbour National Park will keep you as busy as you please. 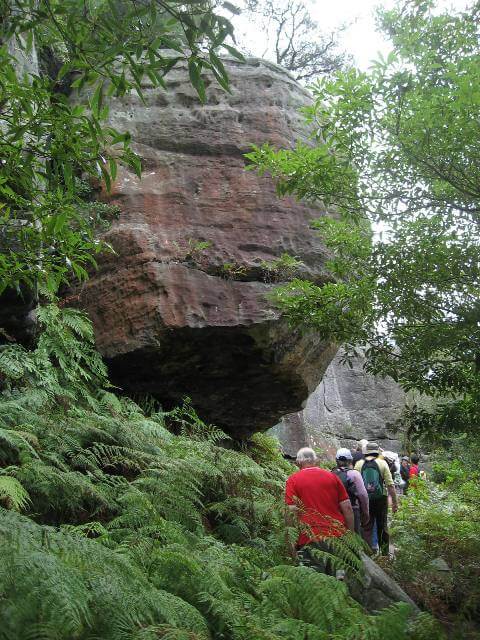 Wolli Creek National Park is a good example of why you needn’t leave Sydney to spend time in the bush. This diminutive land is the site to test out your bushwalking capabilities if you want to experience minty scenery without running the risk of getting lost and getting wondering where the rescue crew is.

It will take you about 30 minutes to complete the Wolli Creek walking track.

Wolli Creek’s sprawl of grassland, bushland, gullies, mangroves and salt marshes houses a thriving ghetto of birdlife that was joined by the arrival of grey-headed flying foxes about a decade ago.

At the end of the walking track, Girrahween picnic area is a great place to spread out amongst the eucalypts. Once you’re mini-odyssey sparks your appetite, it’s time to get the BBQ facilities firing.