The winter solstice doesn’t have the profile of Christmas or Grand Final Day but, all the same, it’s more than just a lark for garden-variety teenage witches.

In fact, the Winter Solstice is blessed with tradition that continues through the events of many countries and cultures across the globe — Australia included.

In Sydney and wider NSW this year, there are various events scheduled to mark the occasion.

Whether you’re into astronomy, pagan rites or just unconventional festivities, there’s an eclectic smorgasboard of events to indulge your predilections.

When the Solstice rolls around on Saturday June 22 this year, these are some of the best events to consider checking out. Elizabeth Bay House, one of the most lavish private homes ever built in Australia, has a first-rate view of Sydney Harbour that impresses Sydney upon visitors in rarified ways.

This Winter Solstice, this old-world answer to anything MTV Cribs ever did, is inviting people of/in Sydney to visit pre-dawn to immerse themselves in the full majesty of the sun punching in for another day.

Andrew Jacob, curator of astronomy at Sydney Observatory, is presenting the event — and so he should. Afterwards, you can warm up in the dining room with a coffee and pastry, before you take in a tour of the house and learn more interesting information about what makes this storied 19th-century building tick. 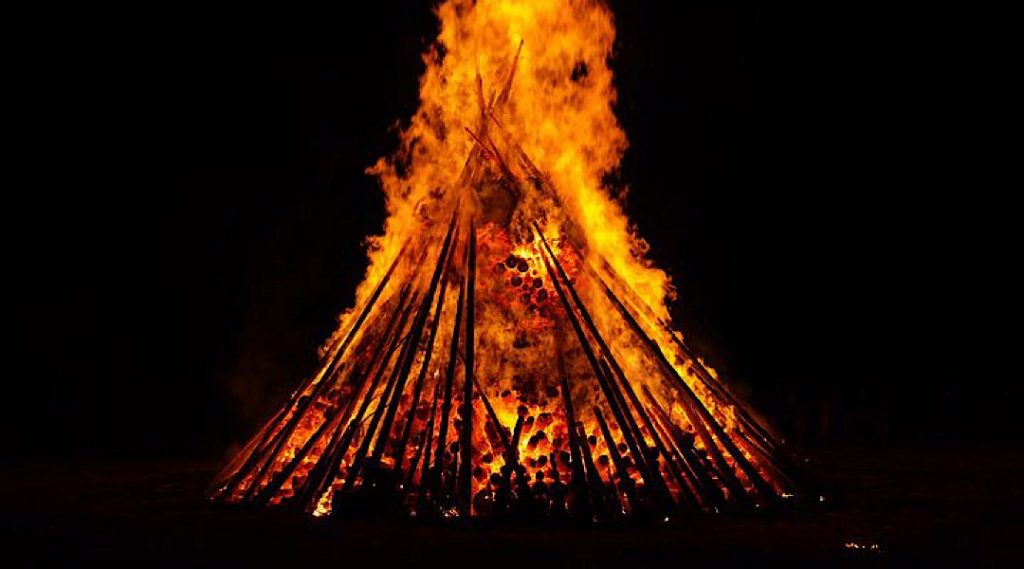 Those of you who are staying at Song Hotels will need to road trip devotedly for this one, but there’s certainly a day to make of it.

Katoomba, in Sydney’s Blue Mountains, embraces the Winter Solstice like it’s its own child. This year, Katoomba Street will morph into a performance space you can visit for a markedly sustainable Solstice celebration.

You’ll be one of about 20,000 Solstice revellers scheduled to make an appearance on the day. Get ready to enjoy exhibitions, art installations, music and roving performances amongst a melting pot of more than 100 market stalls.

The Blue Mountains is a sensory experience as it is but the festival populates the surrounds with next-level ambience.

Feast of the Beast

Part of the Highland Harvest Feast Series, Feast of the Beast is a Winter Solstice meeting for everybody but the faint-hearted. Marrying Pagan, Celtic and Nordic celebration, this hearty winter soirée is all about big fires, Celtic and Nordic beer and cider and “whole beasts” — such as lamb and pig — for menu fare.

Rug up in your best furs (fake welcome) and shawls, paint your face if you want to, grow a wild  beard (men and women are invited to) and brace yourself for an epic Solstice celebration of fire-lit feasting, live music and earthy merriment.

Werai is a little under two hours out of Sydney but it’s also a world away when this foresty romp goes down. Songs of the Solstice

The Central Coast Conservatorium of Music will delight winter-lovers when it puts on its Solstice celebration at the Gosford Regional Gallery this year.

Songs of the Solstice will combine the performance of music inspired by Nordic landscape with passages from Australian author Hannah Kent’s acclaimed novel Burial Rites, which explores the life and death of Agnes Magnusdottir, the last woman executed in Iceland (beheaded by axe in 1830).

This night of wintery darkness will take another turn after the intermission, as the mix of guitar, cello and viola tenderly brings the theme of nature to life with renditions of favourites such as Four Seasons Winter.

And did we forget to mention? Yes, there will be mead.