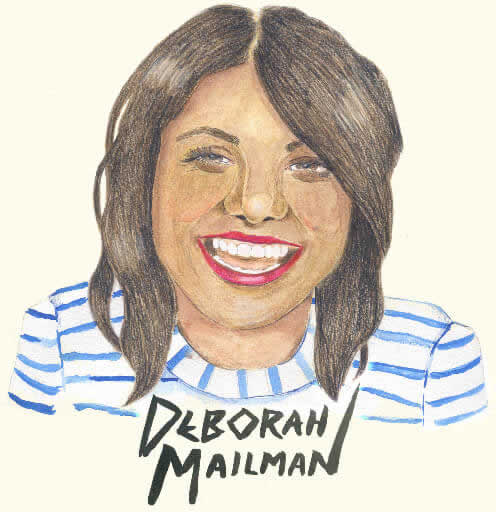 A star of TV, film and theatre, Deborah Mailman is one of Australia’s best-loved actresses, with a career spanning nearly 25 years. She’s starred in commercial TV series The Secret Life of Us and Offspring, globally successful films Rabbit-Proof Fence and The Sapphires, critically acclaimed ABC dramas Redfern Now and Cleverman, and long-running children’s TV series Play School. Mailman was the first Aboriginal actress to win the Australian Film Institute Award (now known as the AACTAs) for Best Actress in a Leading Role and had gone on to win four more both in television and film. She is a supporter of the Global Goals for Sustainable Development, saying recently that “some problems can seem insurmountable, but I do believe there is nothing we cannot achieve when we come together as global citizens.”

The Deborah Mailman Room features artwork by Sally Browne and has a sapphire colour theme with plentiful native Australian plants. 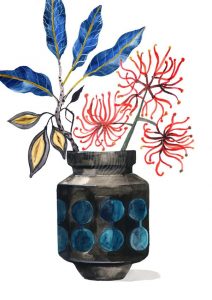 Browne’s work is informed by the wild nature that flourishes in the unkempt gardens and streets of her inner city neighbourhood. Browne explores colour, shape and line to generate two dimensional, decorative narratives of her surroundings. Flora and fauna here in Sydney is exotic and unique, and for the moment, still thriving in pockets amongst the hum of the big city backdrop. One of Sally’s artworks also features in Song Kitchen. To browse more of Sally’s artwork and buy some you can see every day on your own wall check out more of her work here.